Like many meteorologists, Kim’s enthusiasm for weather began at an early age where she was fascinated with the science behind weather-related phenomena. Her passion led her to the University of Wisconsin-Madison where she earned dual BS degrees in Atmospheric Science and Environmental Studies. While attending UW-Madison Kim worked as a broadcast meteorology intern, but quickly learned that was not the path she wanted to pursue. Most recently, she has worked as a marine meteorologist. However, her main interest lies in exploring the connection between subjects like energy and agriculture, and how the weather plays an important role in risk mitigation. 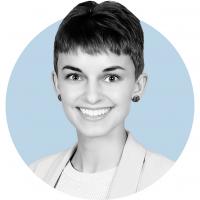